The German Society for Studies in Art History was founded in 1908 at the suggestion of Wilhelm von Bode, then General Director of the Berlin Museums, and with the ­support of Friedrich Althoff, Director of the Prussian Ministry of Culture. The Society was and remains based in Berlin. An inspiration and model for the new Society was the "Monumenta Germaniae Historica", a comprehensive edition of written sources on German history undertaken by Freiherr von Stein in 1819. This explains the ­Society's initial goal of compiling a "Corpus monumentorum artis Germaniae".

Since its foundation the Society has brought together historians, art enthusiasts, and patrons of art. In 1908, the year of its establishment, the Society already had more than 700 members; this number would eventually grow to over 7.000. At ­present the Society has about 800 members. 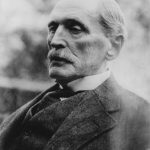